In Part I of the Overview of AES (Advanced Encryption Standard) the most relevant aspects of AES and S-Box was described. Now, we discuss some details of the so-called transformations (ByteSub, ShiftRow, MixColumns and AddRoundKey) and the subkey generation process. To see more details in a more dynamic way the Rijndael Animation application is recommended.

or, in matrix form, 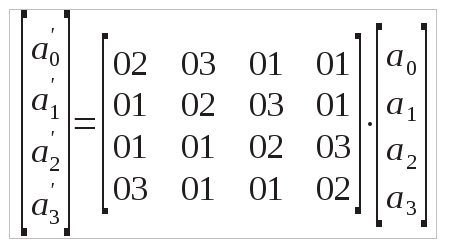 By using Rijndael Animation application [1], we can check the result of applying the above procedure, to the first column in the state matrix (see Figure # 3), which is going to be replaced in the first column of the new matrix . 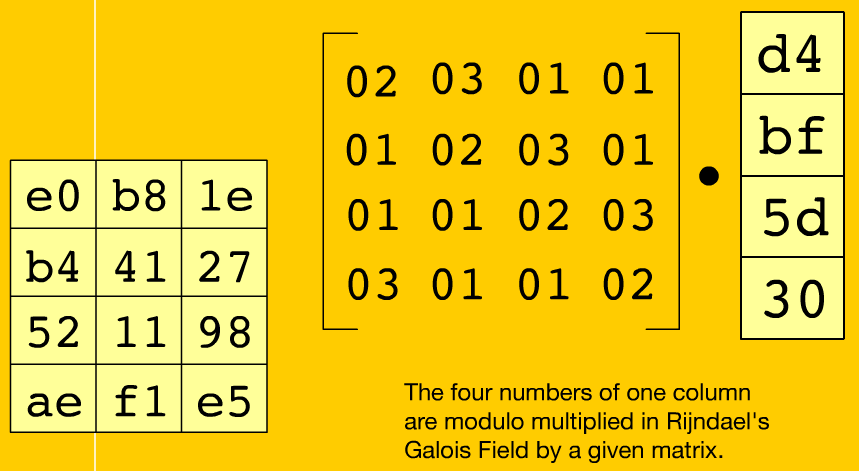 Let [aij] be the state matrix and [kij] the key matrix corresponding to that round. The AddRoundKey function, consists in performing a xor between state and key matriz (Figure # 4), and then, replace it with the appropriate value. 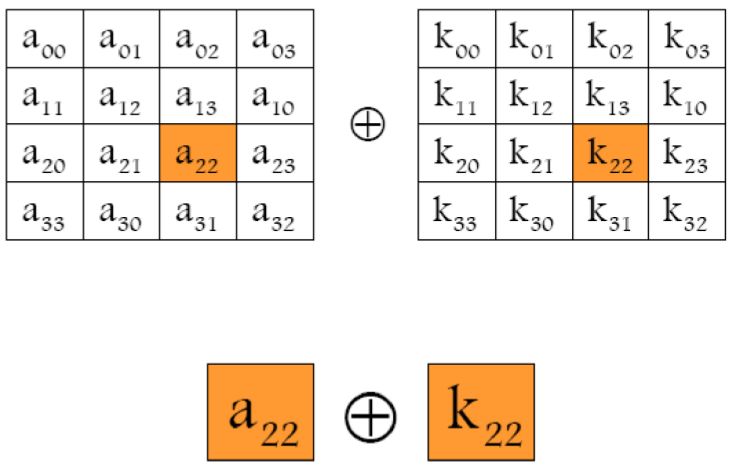 This process permits to generate sub-keys from the system key. The key is extended to a list of 4-byte words called W, and containing Nb(Nr+1) words, where,

The firsts Nk elements of W correspond to the key. The rest of the W elements are defined recursively, using SubByte function, cyclic shifts and xor operations. The Figure # 5 shows it.

Now the RotByte function is used, which returns a word whose bytes are cyclically shifted one position to the left.

Now, for Nk<=6 and for all i that is not a multiple of Nk, the keywords are calculated:

and for all i multiple of Nk, the keywords are calculated:

In the case of Nk>6 the operation is the same used for Nk<=6, except when i satisfies i mod Nk=4 the sub-keys are calculated: